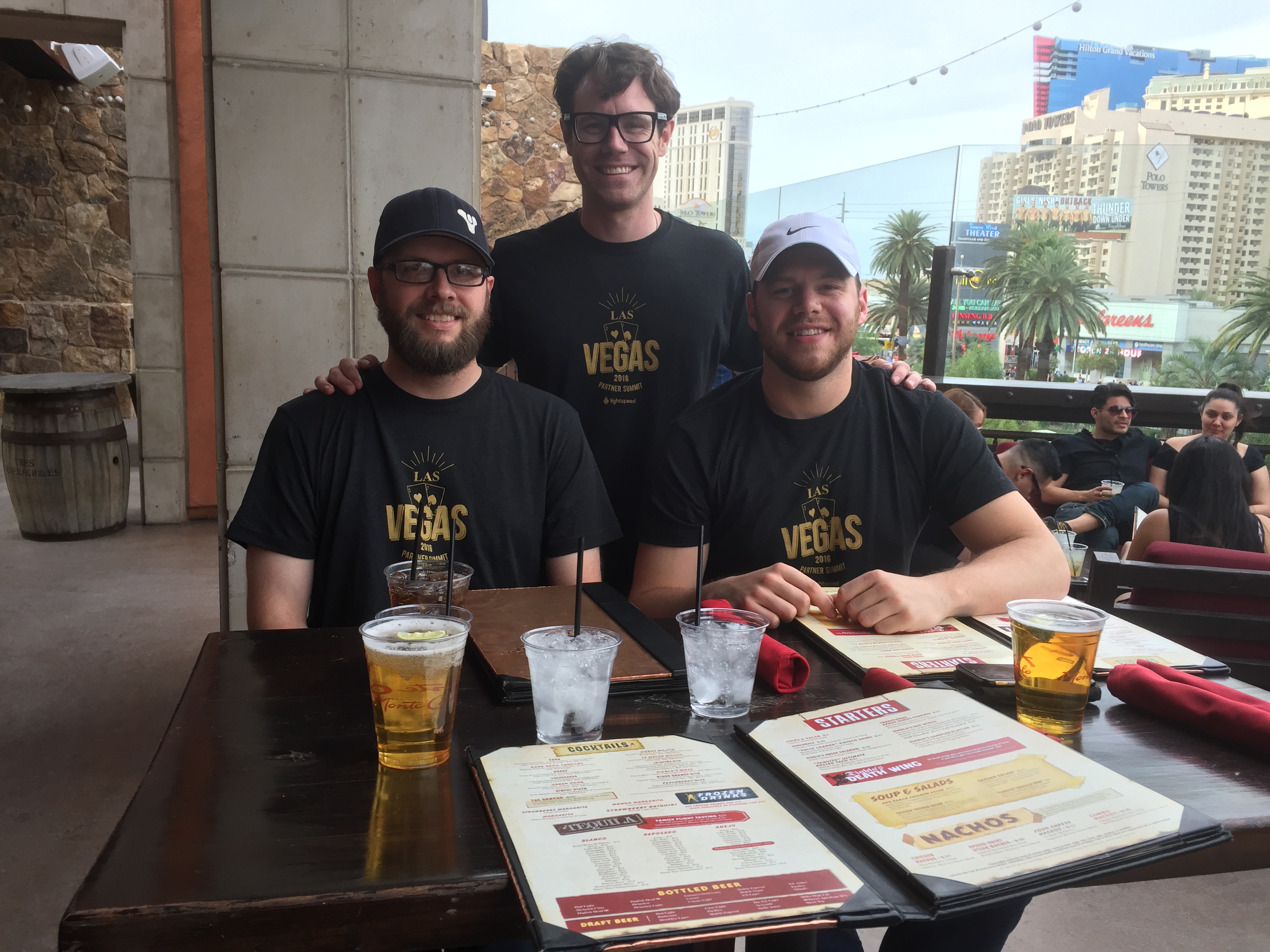 In the desert, quite literally, and financially.

To fill you in, my business partner and I started a business this year. It’s called Liquid. We invited in Craig, our friend and longtime partner in other businesses. So we found ourselves in the desert. We had barely, if any, money our business bank account and we were each paying our own way on the trip personally.

Unfortunately, the customer we were billing that week, well, their card got declined for $400. Oh well, it is a desert after all.

We accomplished what we’d hoped. This was a calculated risk to see if we could grow. You see, we’re starting a national ecommerce agency, and that doesn’t happen without trying to act bigger than you are. To date, I’ve got over $5,000 into the company, so I hope it works.

We also launched Craig’s app. The Liquid Delivery App. Well, we sort of launched it, they don’t have the contracts ready for it to go in the app store. So we don’t really have our app. We’ve got each other, we’ve got winning personalities, business cards and seven customers. That should be enough. We have three live websites.

“There’s a lot of smart people here,” I tell Robert and Craig. I couldn’t help but think to myself that it was a bit unsettling. As CEO, I feel a certain sense that I should be seen as very smart to those attempting to do business with us. Not sure if I sound all that smart, or very accomplished in front of these people. They’re all smarter than I am, I think. I will keep trying.

At the beer garden, the night after the first day of the event, we played jenga on a huge jenga set. We played pool, I made friends with a guy from Atlanta, he worked in the payment processing space. This is cool, I’ve made friends. I am still not sure what they think of me. I am less accomplished and much less established. Hope they think I am nice, at least.

I lose at pool, a few times. I drank Sierra Nevada. It’s a good beer. Brittany gets a little upset with me, because I never texted her goodnight.

After the last day of the conference Robert and I played black jack. After winning about $100 each we headed to the roulette table. Easy come easy go. I bet $100, and I lost. He bet and he won. We kept betting, big. “I think I will take my equity in an LLC,” Craig says as he joins us and sees what we’re up to.
Robert won $400 and I won $300. We didn’t go to bed that night. Up at the room, I showered, we packed. We headed to the airport at 3am to catch our 5am flight back home. We had to book that early of a flight, well, because we didn’t have enough money.

We had a huge monitor and booth with us, so the cabs at the lobby of the Excalibur wouldn’t take us. Luckily, there was a limo waiting there and the limo driver said that he could fit us. So with $-88.00 in our bank account and $900 in our pockets, and slightly drunk, we took a limo to the airport. I watched Vegas lights pass out the window of the limo.

Money’s a funny thing for something that’s not real.