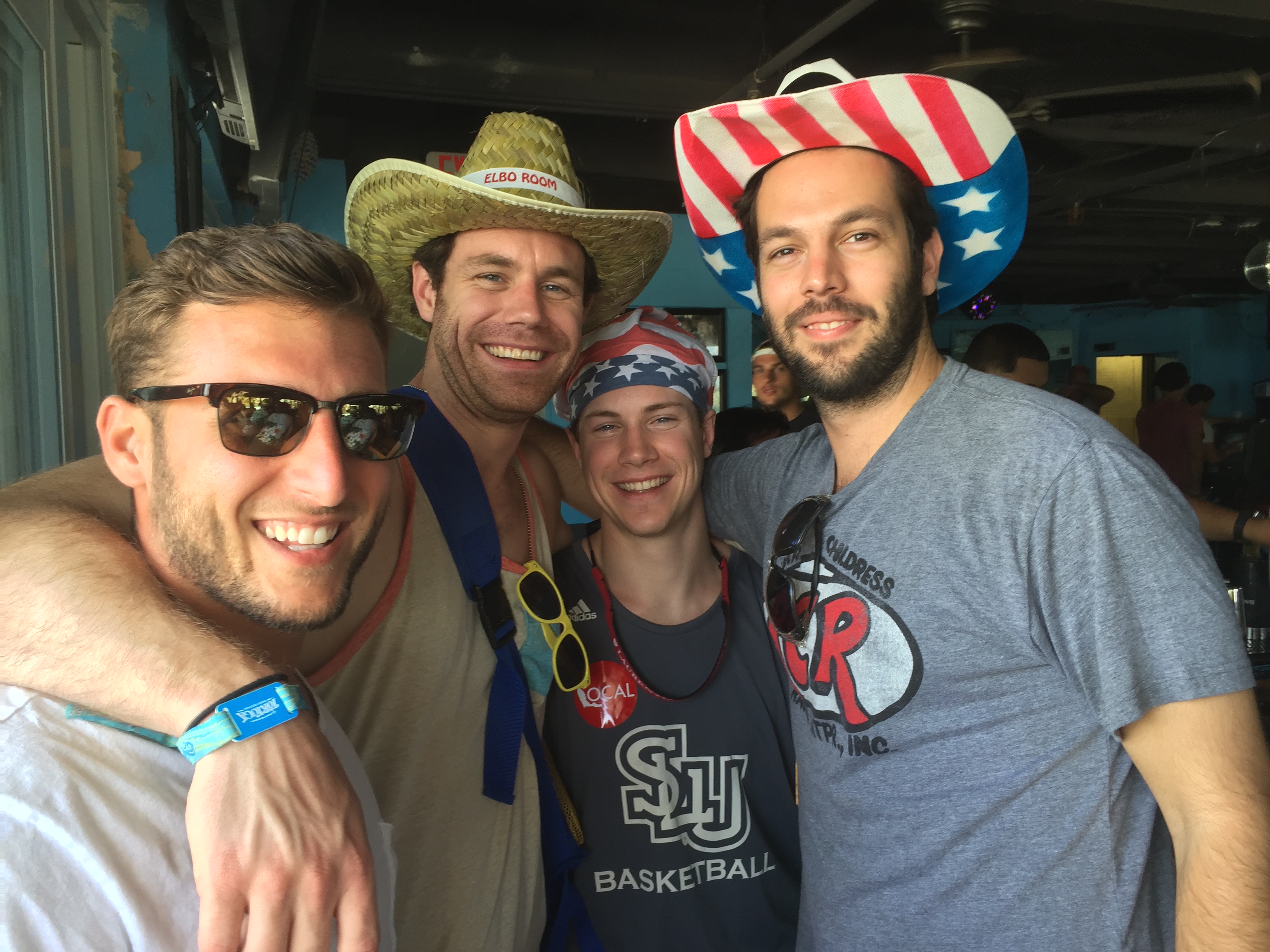 I liked how Casey called us Tortugans. It’s what he named the group chat once Alex had added everyone’s names. Tortugans makes it a bit more special, like it was something we were all doing together. The event, called Tortuga, is a country music festival in Fort Lauderdale, Florida. This year marks the 4th year of the event and the first time I am going to it since I moved from Fort Lauderdale.

Alex still lives in Fort Lauderdale, which makes sense. He works for the Dolphins and grew up in Davie, Florida. He attended the University of Rochester for college. I grew up in upstate New York and lived in south Florida for 3 years while I worked for a company from upstate New York. There’s a little bit of upstate in Alex, and a little south Florida in me. I missed my friend, but this was good to see him, even if we were just drunken Tortugans for the duration.

A noticeable addition, Kyle, my brother. A noticeable subtraction, Robert, my best friend. Each year’s Tortuga is a bit different. Each one that I’ve experienced anyway. The first one I went to was the second one they held. My first Tortuga feature Luke Bryan. He was an artist I didn’t know I’d like at a venue I wasn’t sure about. It’s a country music festival on the beach. For the life of me, I am still not sure why I wasn’t confident that I would enjoy the event. Anyway, in year one, Luke Bryan entertained the dynamic duo of Robert and Keegan. We had fun, to say the least.

The next year, we had an all-out rager. Little did I know that it would be my last full year living in Florida. I would never even have guessed that at the time. Robert and I shared a condo a couple of miles from the event. We invited down old college roommates from Rochester and Ithaca. Casey, my brother, joined us and there was Derek and Alex. We partied all weekend long and barely survived the next few real life days. We had photos and an ongoing Tortuga group chat for days afterwards.

This was before Robert met Theresa, so he was still single. So was I, come to think of it, so was  Pat and Tony and Casey. Derek would be single at Tortuga 2016 and Alex would have a new girlfriend, a wonderful girl who I am sure he’ll marry.

Robert’s getting married this October, and he is very in love with Theresa. We didn’t know it at the time, but he was saving up for a ring, so wasting money binge drinking on the beach just wasn’t in the cards this year.

But Kyle is still in college, and twenty-one. So in spite of dating Allie, he was still prime to be a Tortugan. Marriage is still some ways off for him. And I, well, you already know I am dating Brittany. She was wonderfully understanding as I gallivanted around my old stomping grounds for the weekend.

Dierks probably said it best, “I hold on, to the things I believe in.” Amongst that group there was a lot to believe in. A lot of love in those people and a lot of life I cared very deeply about. I suppose that we had to in order to do the things that we did.

We shared one small room in an extended stay America on 17th street. I booked it in December 2015 and gave it to my brothers as a present for Christmas. When we got there, we found out that they had us with one king bed. So Casey, Kyle, and I shared one small bed. I wish Cameron was old enough to come, our youngest brother. He is only eighteen, so there are plenty of Tortugas in his future.

Anyway, we didn’t stop there. We also invited Alex (different Alex) and Derek to share the hotel room with us. So one of them slept in a chair and the other slept in on a hard floor with a towel as a blanket. Luckily, we all drank ourselves to sleep each night.

I can’t fail to mention Elbo room, oh our historic elbow room. That is where we went to pregame each Tortuga. As we got buzzed on loaded coronas we all caught up on life and love and finding a way to spend more time with one another. Country music played and we all made new friends. It was only after we were drunk enough that we could pull ourselves away. The thing about elbow room is that you never want to leave. Wonder if we might just skip a day of Tortuga one year and have a Tortugan reunion right there in that grungy bar by the ocean.

This was the bar where Robert met Theresa, and a few weeks later it would be the place where he would propose. We don’t always know where life will take us, but we do have our places of refuge. They are physical and sometimes personally embodied.

I heard when I got home that the developers that had owned the elbow room property for the last 30 years had put it on the market. They’ll probably knock it down if it sells. That property is a lot different than it was 40 years ago. Something more profitable could probably go there, but value is different than profit. Business taught me that, I think.