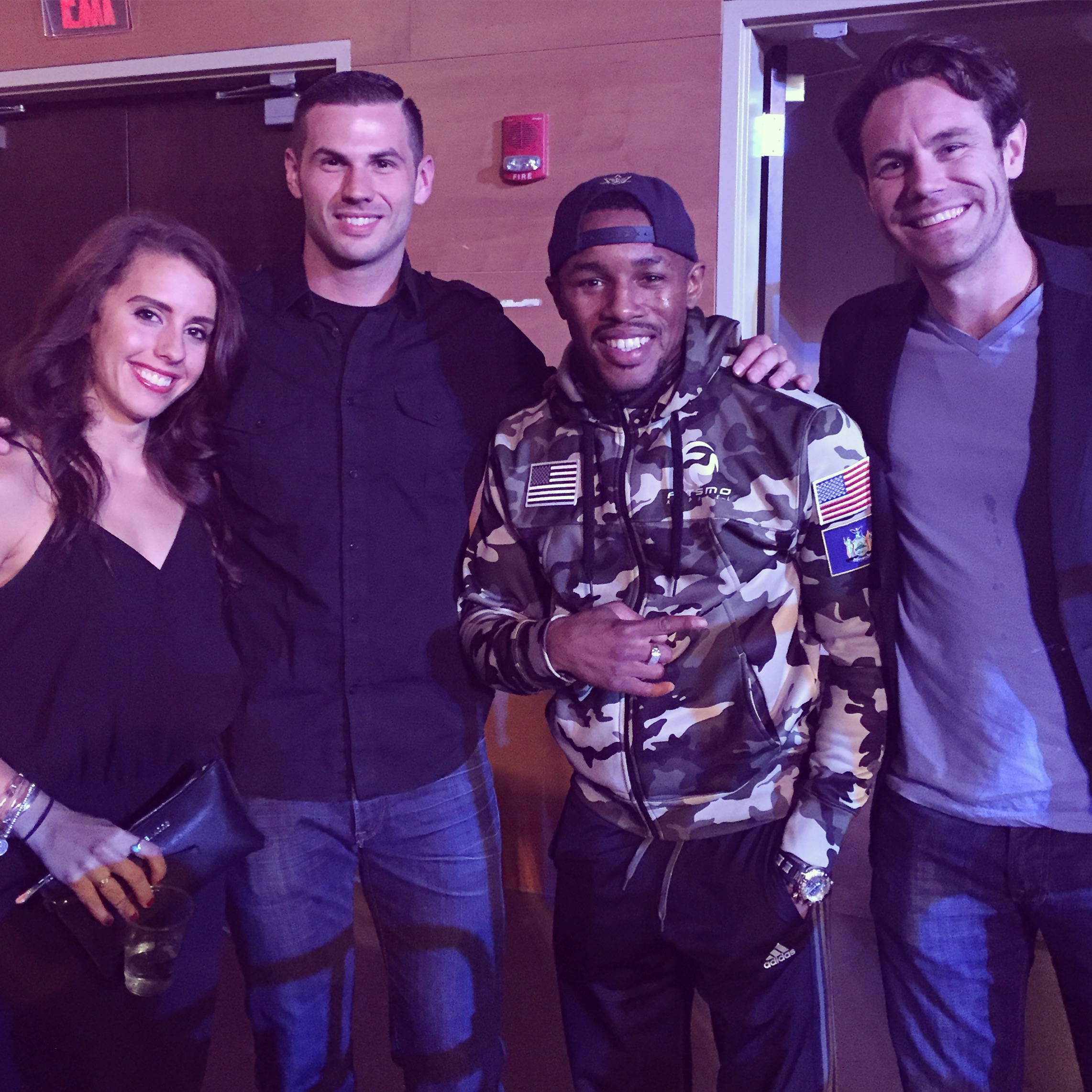 “I feel like he’s ineffective,” Brittany turned to me and said.

“Wow,” I exclaimed, and I truly couldn’t help reacting with joy.

“What? Are you happy that I know something about sports?” she asked, and I was.

“Yes, you are absolutely right, it does seem like his punches are ineffective. That Willie Nelson is just absorbing them. Did we just find a sport we can watch together?

We found ourselves in the event center of Turning Stone Casino watching boxing. It was Brittany’s first live professional boxing match, and it was mine as well. We were there because it was a very big night for a very close friend, my college roommate, Tony Messana.

“I am just so pumped for Willie,” Tony said as we arrived and went to the concession stand to grab beer. “This is like a big comeback fight for Willie, he hasn’t fought in a year.”

“Yeah I saw that,” Brittany said. She’d researched the event and the fighter before we’d arrived. She is good like that.

“The pictures looked great from media day, I saw he was wearing all the Fitsmo gear,” I chimed in.

“Its awesome man, he is just such a good guy and loves to support local companies,” Tony elaborated. “He is going to wear this camo Fitsmo hoodie we made for him. It has custom zippers on the sleeves so he can wear it entering the ring without taking his gloves off.”

“This is going to be great, I am pumped for the fight,” I say. “I saw in the pictures you sent me that he was all decked out in Fitsmo gear for media day.”

“It’s always nerve racking in boxing man, with this sport it’s just one little thing and you can get knocked out even though you’re winning,” Tony says after the fight.

“Dude that was great to see him win,” I say. For some reason Brittany and I were both confident he would win. Not because either of us know a thing about boxing, but I suppose we might just have been happy. Happiness must infuse optimism.

“Let’s grab food,” I say to Brittany. With that we went out into the hallway with hands full of concession stand food. Being a good sport, she chomped piece of cheese pizza.

“Oh the popcorn is good,” she says, “I like this better than the pizza.”

“I told you,” I respond. Which elicits the expected response from Brittany.

After a bit of bad food and drink refills we found our way back to our seats. Which were awesome! We were seated in the first row above the floor seats, which meant we saved some money while somehow getting a better view.

“Hey I got a text from Tony, he says to come over,” I tell Brittany.

We turn the corner to find Willie surrounded with friends and family. The fighter’s corner I suppose.

“Hey Willie, I want you to meet my friend Keegan and his girlfriend Brittany,”

“Good to meet you guys, thanks for coming says Willie,”.

“Great fight man, it was awesome to be here, congratulations,” I say.

“Hey Willie can we get a picture with all these guys?”

“Of course, just let me take my glasses off quick so I look tough,” Willie laughs. “Did you see the Fitsmo gear up there? Did you get a good shot of it?”

“Of course man, that was awesome,” Tony says.

In the last year, their two stories had seemed to grow in interesting ways. Willie hadn’t fought in a year, due to contractual issues. Meanwhile, in Rochester, Tony had been working tirelessly to grow his apparel brand Fitsmo. They’re both from Rochester. Willie, like Tony, was the type of person you meet and instantly like. It is in both of their nature. Perhaps it is their humility, or self-deprecating style. Generally, it could just be that they’re both so genuine it becomes an impossible quality to miss.

Quite often, you’ll find individuals like this surrounded with people who love and adore them. People who wish to see them succeed. It’s always a bit ironic, their level of gratitude. It’s as if they’re almost oblivious to their own magnetism. It was easy to look at each of them and see they are both already so successful in ways immaterial.

Being around these men made you feel that they’re both on the eve of something great. The brand and the fighter could be on the cusp of turning a new corner, and it was nice to be in theirs.