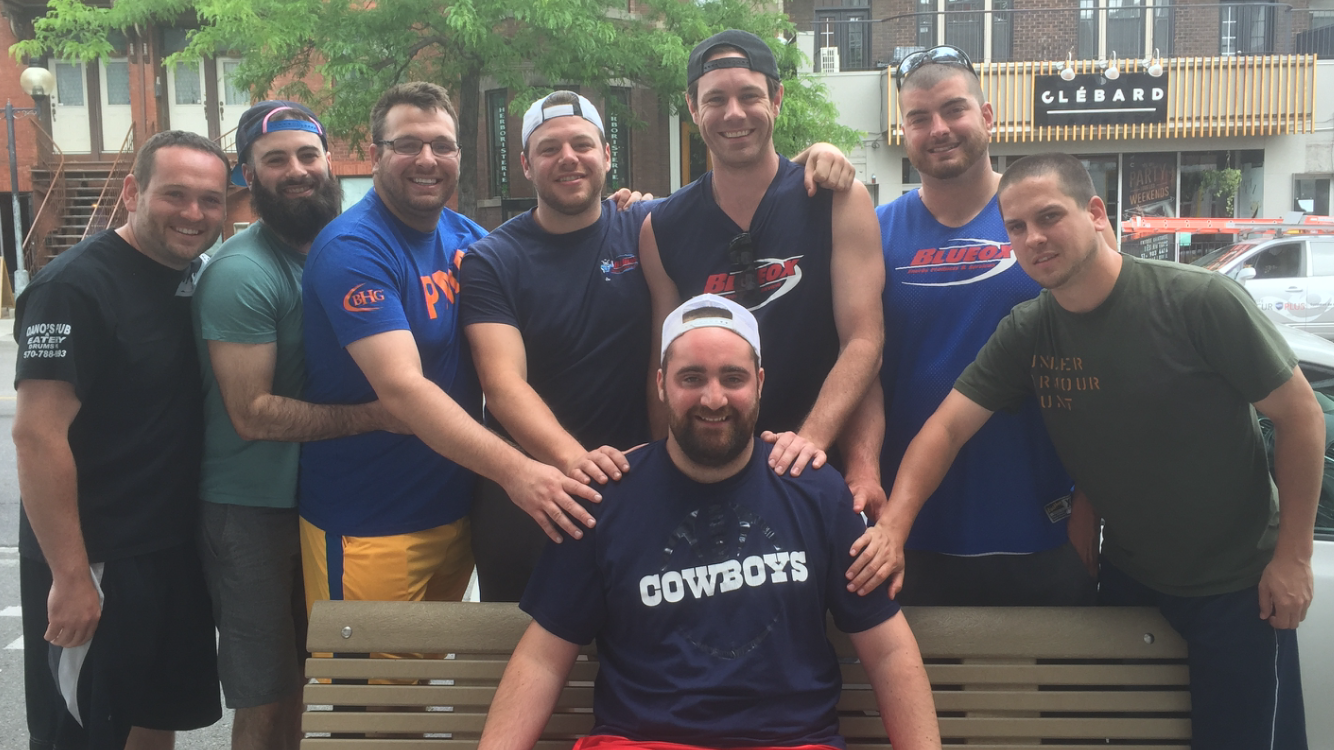 Canada kisses you in small ponds, green trees, tiny cottages, boats, high bridges and little sprinkled islands. The winding waterways of the St. Lawrence and its small boat docks along the winding shore line remind you of a day in a book. It’s my favorite kind of back seat passenger window view. Especially climbing those large bridges in the Thousand Islands. They were their own kind of adventure. Not quite to Canada yet, not quite familiar.

So we descended into Ontario, by way of the Thousand Islands as four people who’d known each other for what might as well have been our entire lives.

“What do you guys do in New York?” The Canadian border patrol officer asked as we pulled up to the gate.

“I work for the phone company, he works for a bank in Syracuse and he these two run a small marketing IT company,” Shane responds. The Canadian gate man triggering nostalgia he’d never know, on a day that must’ve been routine. The path into these types of memories are new and not new like the bridge. You arrive slowly as the familiar fades ever so slowly and you slip into someplace new. It’s only when the new destination has been announced, or acknowledged that you know it’s become wholly different.

“Yeah, Lee” Josh says, referring to me in my Chinese name. The name he’s called me ever since I returned from China 5 years ago.

“My service says Rogers,” I say, now turning my comments towards the front of the car, to Robert and Shane.

“Mine’s not working,” says Shane. “I called the damn company ahead of time, it’s pissing me off that it’s not working.”

I’ve been friends with everyone in this car since we were 5 years old. That is something special. Shane was the tough as nails, undersized kid that every coach loved and every teammate looked up to. I don’t know if every town has a kid like Shane, but we did, and it was Shane. I can still remember the look on coach Dowdall’s face as he came into the locker room when we were 11 years old at Northern Community.

“They’re not going to let Shane play today,” he yelled, his face beat red and white foam coming hot off his lips. “They heard about Shane Thompson and they’re scared of him, so they’re not going to let him play. Let’s go out there and win this one for Shane today.” You see, Shane was so small that he couldn’t make the minimum weight to play on the team, that was even in spite of the lead in Shane’s jock strap that day during weigh ins. I remember seeing the commotion when they first said Shane couldn’t play. The coaches all gathered around in committee. They even filled a jug with water to test that the balances were set right on the scale. They were, and Shane couldn’t play. I hurt my back that day, in that game. It was the only time I ever stayed down on a playing field in my entire life.

“You fellas wanna stop and get some coffee?” Robert asked as we got drove onto ON-401E in Canada. “We can stop at one of these On Routes, god the branding is great on these things.” Robert had been our leader in High School. As the best athlete he was dubbed the alpha male of our high school class. Robert was my business partner now.

Robert is getting married in a few months, in November. I will be one of his best men. The other best man is on his way to this Montreal bachelor party too, in the other car. Robert will tell him he’s the other best man tonight, after we all have a few beers.

I can’t stop thinking about how the road’s been funny all the way here. The road is familiar all the way through the US. Then you get all the way north and you go over this very narrow road, that is built like a high upside down U. It takes you all the way up and over the St. Lawrence river. Then things feel familiar, on the road, except everything in Ontario is all of a sudden in Kilometers, and well, we’re just not accustomed to kilometers. Then you reach Quebec, and every sign is written in French. Then, just when you have the hang of it you find yourself just outside Montreal and that’s when the roads rise and twist and turn. You feel like a you’re just a Hot Wheels car in the midst of this huge infrastructure of raised roads headed in every direction. Then, you arrive in Montreal.

To say we drank, is an understatement. It was Dallas’ bachelor party after all. We had to do it. The next three days passed in a blurr of bonding, of feeling and of seeing where everyone now exists in space and time. In this weekend, we all existed in space and time at an Air BnB on St. Dennis street. It was a spacious five bedroom, one bathroom third floor loft with two balconies. The place could not have been better suited for us. We only broke one thing, which is good. As luck would have it, he only charged us $100 for it too. Nice guy I’d say, this airbnb renter we shall never meet. Mont Royal street ran perpendicular to where we stayed. There was an A&W on the corner, and a lot of street food. A street festival on Mont Royal engulfed the street for at least a mile, with St. Dennis intersecting it right in the middle. I bought a pair of brown shoes for 45 in Canadian dollars.

The Canadians use coins for one and two dollars. It’s quite different to use coins. I didn’t really like having coins in my pocket. Neither did anyone else, so we tipped with a lot of coins. I wonder how many coins we gave away during that weekend.

It was quite a weekend, this trip was. Not in a we saw everything and did everything type of way, but more in a we got drunk and had a lot of fun bonding sort of way. Dallas is marrying Kristie, a wonderful girl and more importantly, a great match for Dallas. He is such a great guy. Ironically, Dallas and I found ourselves in a situation a few years ago where we had to part ways professionally. It speaks to his character, that he and I have been able to remain friends through the years. It was reflected in the friends that he brought along to this trip. There are a lot of little league games, bus rides, AAU basketball games, school trips, sleep overs, wrestling matches, first times and getting in trouble remembered in this group. We’ve had yelling matches, differences of opinion, issues over girls, love, heartbreak, kids, marriage, change and travel. I guess that’s comradery, and I always felt our brand was special, the Norwich brand.

We had Pete, who is a CPA now in Buffalo. Amos, who has a beautiful daughter and house and works for Robert’s dad. He lives in North Norwich. There’s Dan, Dallas’ brother in law, who I met for the first time this weekend, and he couldn’t have been a better addition to our crew. Tyler, who drove up 6 hours on Saturday night, just to be there for one day. He is the assistant Managing Director at the YMCA in Norwich now. My brother Kyle will be working for him this summer while he is home from college. Then there’s Wade, my closest friend as a teenager. He’s living in NYC, working as a paralegal and following his dream as an assistant college basketball coach at John Jay College. I hope he goes to law school, if that is what he wants to do. Josh, who lives in Syracuse with his girlfriend and work for a financial company that sells loans between doctors and banks. Robert, my business partner at Socom Media and Liquid.

There’s a lot of life in these cars, they’re packed with a lot of the story of Norwich for the last 20 years. We’re celebrating that in Canada. The love, the friendship and the memories that sustain us.

“I can’t wait for the wedding,” I tell Josh as we climb into the queen bed that he and I are sharing for the weekend.

“Me either,” Josh replied. “This stuff gets harder and harder to get together and do as you get older.”

“You don’t get it when you’re young, you can kind of do this sort of thing regularly as a kid, then before you know it, it’s gone.”

“Yeah, now we live for this kind of shit,” says josh. “It’s all you’ve really got when you get older.”

“When was the last time I saw you, Josh?”

Yeah, I guess so…” Josh says in a sullen and understanding tone, as only Josh can convey.